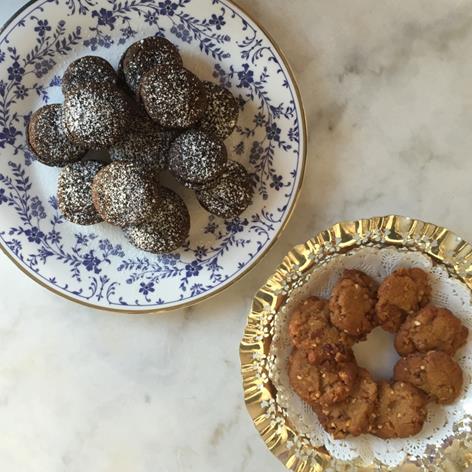 The cookies were polarizing. I mean. Come on. Peanut butter, bacon and dark chocolate??

A little bit greasy, but the flavours were fabulous. They were made for craft night a few weeks ago. Rory devoured the leftovers. I might have helped a little bit too.

recipe from Joy the Baker

The whoopie pies were not such a hit, but this was mainly the fault of the filling because the cakey-cookie part of them was delicious. The filling was too sweet and didn’t have enough flavour. Easy to change this though: Even a teaspoon or three of instant coffee would make a big improvement. 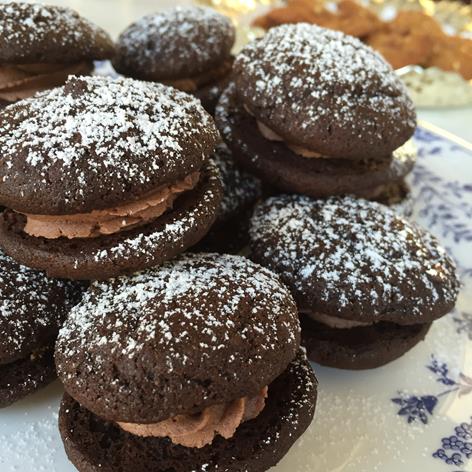