Thank you for the lovely comments on the vest blog post.

The other parts of the ensemble are the fabulous Rachel Comey skirt Vogue 1247.

Rachel, we love that you drafted such cool pockets for this skirt. 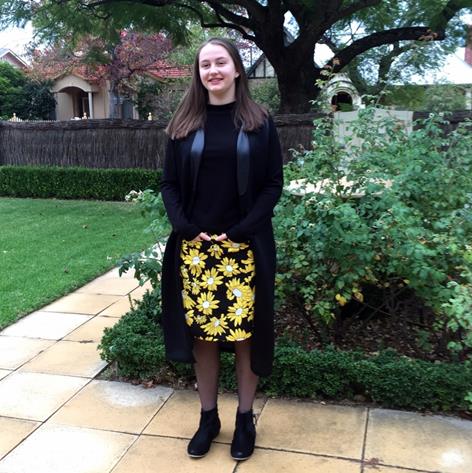 It was lengthened 20 cm. I cut this version out as a 14, and Felicity finds it much less restrictive than the last version.

The fabric is a viscose ottoman from my local Spotlight. It was a delight to sew. So cheerful. 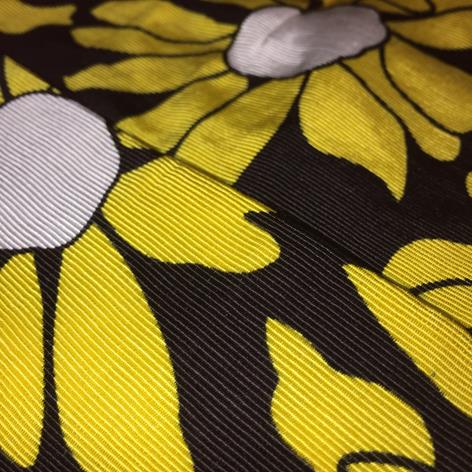 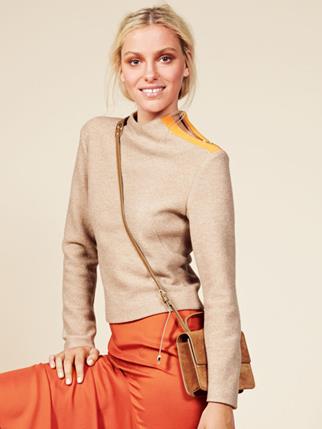 Felicity wasn’t keen on the dropped shoulders, and she was right; they would not have looked good with the vest. The decorative zipper wasn’t needed either. She also needed an FBA. On a French dart.

So instead of doing the right thing, I winged it , merging out to a 44 at the bust on the front bodice only and back into a 38 at the waist. A bit tricky with that dart, but it seemed to work. Using ponte was a big factor in it not being a failure!

I used another burdastyle top pattern from deep in the archives to redraft the shoulders: 02/2009 #108. 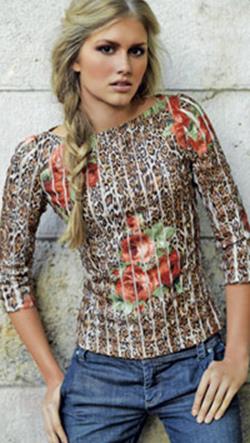 The top was a wearable muslin.

I really was intending to make a simple grey dress from this pattern. 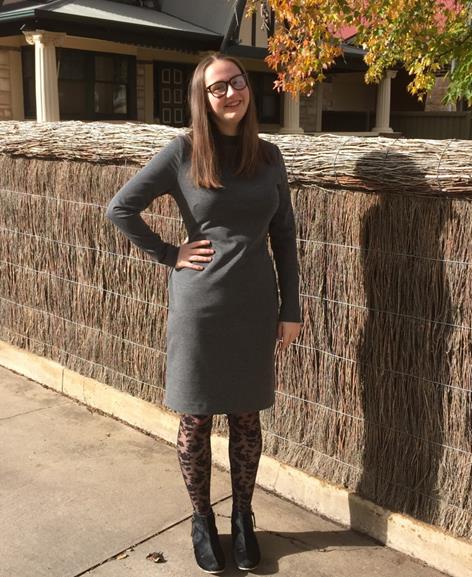 And it was lovely.

Lets look at the shoulders 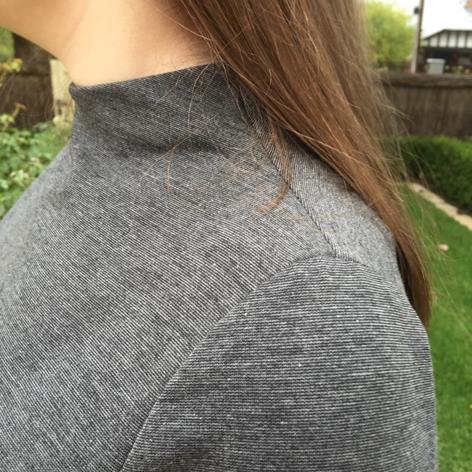 And that french dart 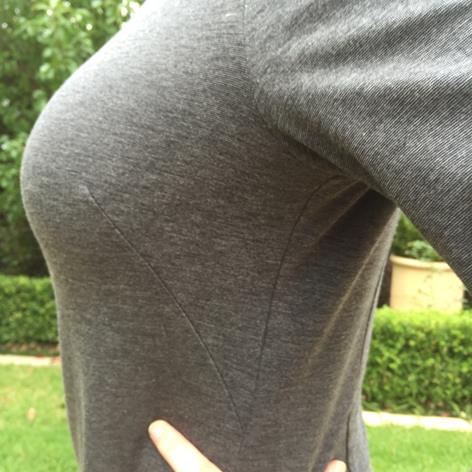 Looks like an excellent fit when she puts her shoulders back!

It’s not so bad with more normal posture either. 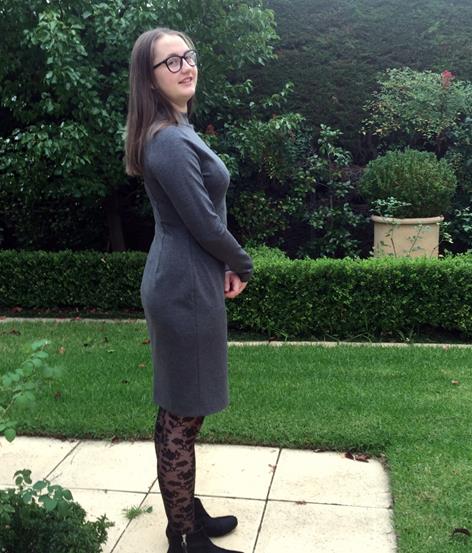 Not that I am recommending my pattern adjustment by winging it. 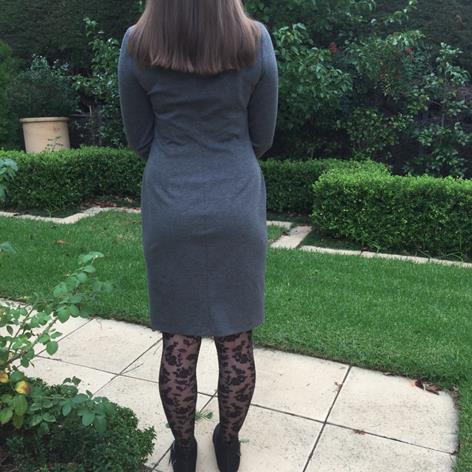 Ponte meant a zip wasn’t needed, either in the neck or the body of the dress.

It does look better with a slip underneath..

So, the dress turned out well, the fit was to Felicity’s satisfaction and using ponte made it secret pajamas

But it was a bit dull under the vest.

So the wearable muslin top had to be finished! And a skirt made!

Another out-take is necessary…and it also shows that the sleeves were drafted extra long.. 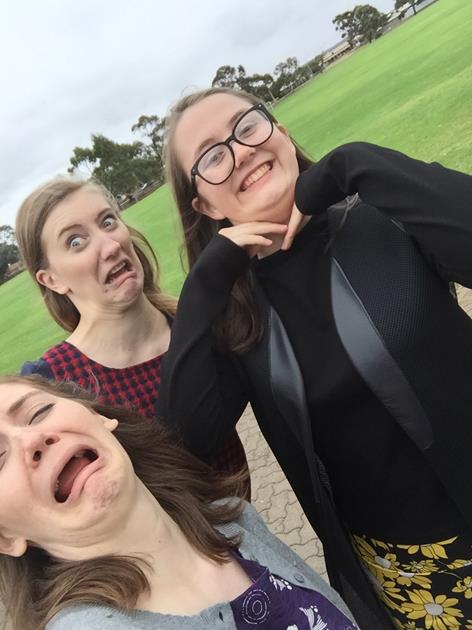 6 thoughts on “The rest of the synthetic ensemble”